Along with graduation come traditions and diplomas. Along with diplomas (and diploma frames) come a distinct and formal identifier of the school…its seal. Traditionally, college diplomas include the school seal, very often with a Latin motto.

College and university seals are used for specific purposes such as on official communications or documents, including diplomas, on awards, and on merchandise such as diploma frames. The seals on diploma frames are either embossed or created as customized medallions. In most cases, seals cannot be used without permission from the school itself.

Those graduating have brought about their great achievement with much effort, angst, and fortitude, so why not notice the special qualities of their special document? School seals are custom to the school, and sometimes have stories of their own on how they came to be.

Most often, university or college seals are written in Latin. There is no single reason why. It may be because Latin is precise, coming from the ancient Roman civilization. It has dignity and tone that other languages don’t have. Latin works well for schools of higher education.

Below is a small selection of colleges/universities with Latin mottos presented on school seals. Find out what yours is and let me know!

The number 13 is lucky at Colgate University in New York, including that the motto has 13 letters!

The seal of Hampshire College in Amherst, MA, shows a tree, its motto, and the founding date – 1965. According to the school site, the tree “symbolizes knowledge as an organic process, deeply rooted in liberal arts traditions, yet subject to continual revision and growth.” What especially stands out about the diploma is that it is round. I’m sure there is a story that goes with this. I’ll get back about that in another blog.

An open book, a globe of the earth, and a telescope are part of the university’s seal, and according to Ohio’s Miami University Alumni Association page, taken from an excerpt from Miami University: A Personal History “These three elements symbolize [respectively] the past, the present, the future.” The three Latin word’s significance is that the key to life is achievement, not boasting about it; we are known by what we do rather than what we claim.”

The earliest known depiction of the school seal for Middlebury College in Vermont is from the diploma of Noadiah Moore, class of 1808. Also very interesting is that a seal is noted in Middlebury’s charter from 1800. The official seal shows an open book and the college’s motto, which is written around the book. Along the edge of the seal are four abbreviated Latin words: Coll. Med. Virid. Mon., which in full say Collegium Medioburiense Viridis Montis; in English, Middlebury College of Vermont. The author of the motto is unknown.

The faculty and students at Mercyhurst University in Erie, PA, are inspired by their motto and try to make a difference on and off campus.

Also in Latin on the seal is the college name and the word “Sigllium,” which means “seal.”

The seal has been used by Trinity College in Hartford, CT, since the late 19th century, and it recognizes the 13 colonies (13 stars) and its original campus building, Seabury Hall. The abbreviated Latin inscription reads: “The Seal of the College of the Most Holy Trinity.”

The Latin motto, selected before the University’s first graduation in 1804, comes from the Epistles ((I.ii.36) of Horace.

Latin mottos that are presented on college and university seals offer a small slice of meaningful discourse (Latin: discursus, “running to and from”) that communicates each school’s outlook. How exciting to be a part of this when earning a college diploma! 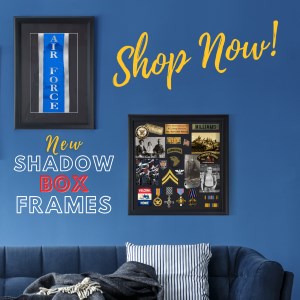 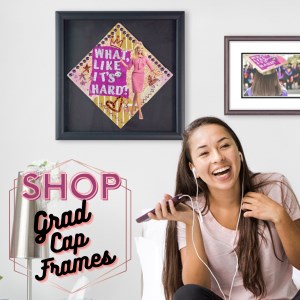 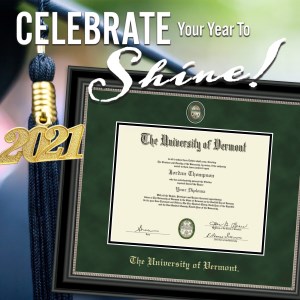