What Makes a School “Ivy League”?

Few titles command as much respect as the label “Ivy League”. The words conjure up images of historic, Colonial-Era brick buildings, extensive libraries and research facilities, and the distinct air of high society. The Ivy League schools are the most widely known and highly regarded schools in the United States. Nearly everyone can immediately recognize the names “Yale” and “Harvard,” but when pressed on a precise definition of “Ivy League,” many are challenged to define it. What is an Ivy League school? Is it simply a term for la crème de la crème of higher education, the most elite of colleges and universities? Is it a reference to an athletics association, like the Big Ten Conference or the Southeastern Conference? Many misconceptions abound regarding the Ivy League. Here, we’ll give an overview of what makes a university an Ivy League school, describe the Ivy League’s history, and discuss what the Ivy League looks like today. 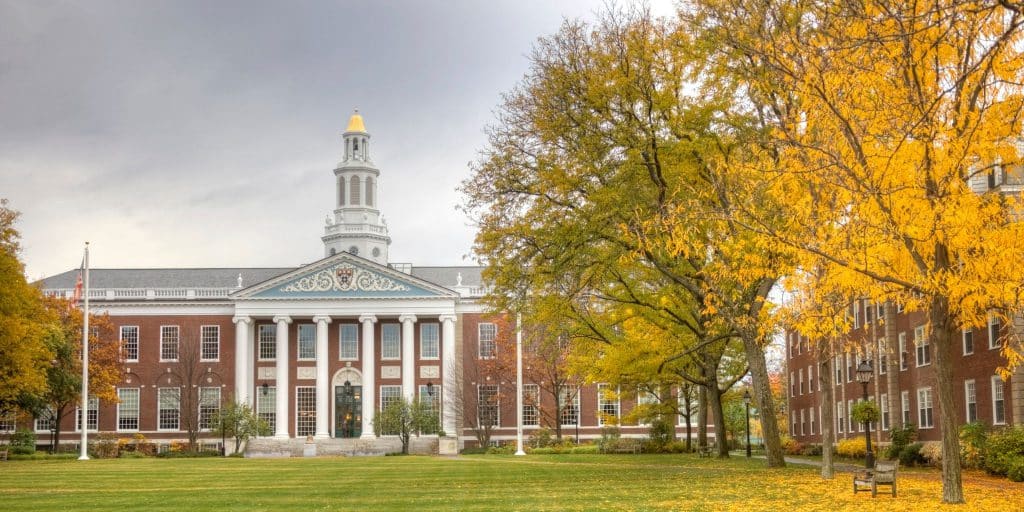 Which Schools Are in the Ivy League?

The Ivy League colleges list is short, as it refers to a group of eight historic, prestigious schools in the United States. Many of these schools are located in New England, and all Ivy League schools are located in the eastern United States. These schools are Brown University, Columbia University, Cornell University, Dartmouth College, Harvard University, the University of Pennsylvania, Princeton University, and Yale University. Due to their early founding, as well as their influence on culture and scientific advancements, the schools have long been associated with each other. The term “Ivy League” was officially adopted as these eight colleges joined together under an athletic association in 1945. Because of their shared heritage and history, it is unlikely any other schools will be admitted under the revered title of “Ivy League,” though some have been considered. This is not to say that no other universities could compete with the Ivies academically or athletically; many other excellent schools exist in the region, and in the United States. However, because of the Ivy League’s long history of association, which we’ll examine below, newcomers would likely find it difficult to culturally harmonize with the Ivy schools.

What does “Ivy League” Mean?

Though many believe the term “Ivy League” refers to the ivy-covered brick buildings gracing many of these campuses, this is merely a misconception. Another misconception is that “Ivy League” refers to the Roman numeral “IV,”, which would represent the four chief athletic competitors in the Ivy League (though there’s much debate about which four those are!). The title actually comes from the once-common tradition of the Ivy League colleges to “plant the ivy.” On class day, graduating seniors would plant ivy along a designated building before their ceremonies. Much of this ivy still grows to this day! 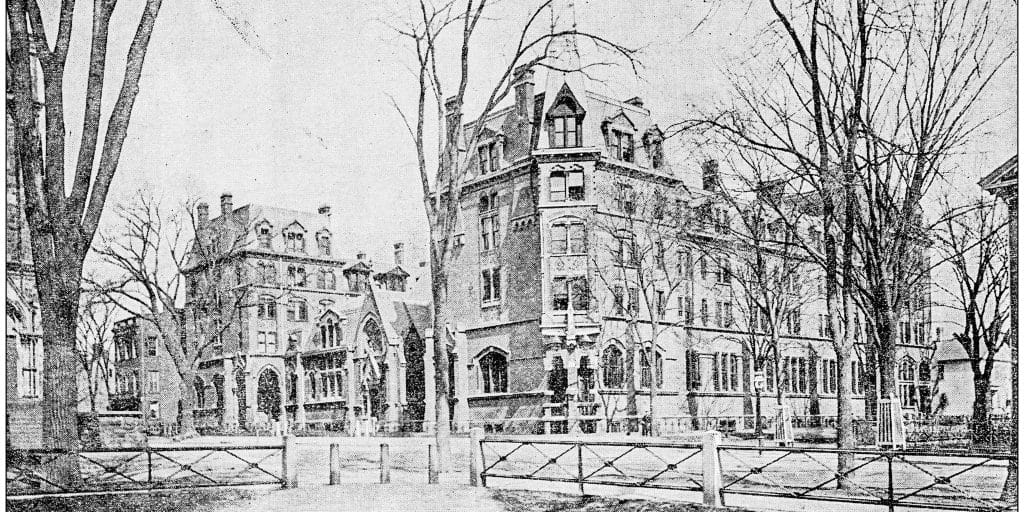 History of the Ivies

All of the Ivy Leagues were distinctly Protestant, and many of them Congregationalist. Brown University is a notable exception to this. Located in Rhode Island, a state famous for its Baptist founder, Roger Williams, Brown University was founded by the Baptist denomination. Despite this influence, Brown’s founding charter makes particular mention that students at Brown should enjoy a “full liberty of conscience” while enrolled. The close association of the Ivy schools with religious institutions may seem incongruous to our modern sensibilities. However, in that day and age, the association was only natural.

The earliest perspectives on higher education in the United States are quite different from our modern understanding; instead of focusing on career placement and professional skill acquisition, many Ivy Leagues saw their role as holistically developing all aspects of their students’ minds and character. They saw the purpose of education as cultivating exemplary citizens, ones who would be able to reason critically and morally, and ones who could communicate their ideas effectively.

During the Colonial Era, the majority of Ivy League founding board members and faculty members were drawn from significant educational institutions. These often included other Ivy League schools and elite British schools, such as the University of Cambridge, the University of Oxford, or the University of St Andrews. In this way, the culture of gravitas and academic exclusivity was a part of the Ivy League schools from the very start. During the American Revolution, however, the connection with power, influence, and status from the Old World posed issues for the Ivy League schools. For instance, Columbia University, which was chartered by King George II, known as “King’s College” and presided over by Tory and Oxford alumnus Myles Cooper, fell victim to looting and military requisition during the Revolutionary War, eventually choosing to suspend classes entirely until the end of the war.

During the late nineteenth century and early twentieth century, members of the soon-to-be Ivy League schools competed in various athletic competitions. The oldest of these was rowing, with the first intercollegiate rowing association forming between Cornell, Columbia, and Penn in 1870. As decades passed, the new sports of football and basketball were featured prominently in intercollegiate competitions. It was from these athletic interactions that the concept of the “Ivy League” began to form. Informally, an agreement and understanding of athletic association was reached between these northeastern schools, as traditions and rivalries formed naturally between them.

The earliest written reference to the “Ivy League” was in 1933 by Stanley Woodward of the New York Herald Tribune. The term was largely adopted in athletic coverage of the Ivy schools and enjoyed increasing popularity among students and faculties. It was not until 1945 and the end of World War II, however, that the first Ivy Group Agreement was signed by the colleges, formalizing an association that had already been widely acknowledged and accepted. This original agreement covered the athletics and academics surrounding intercollegiate football. In 1954, a more extensive agreement was signed and formally brought all athletic programs under the jurisdiction of the Ivy League. 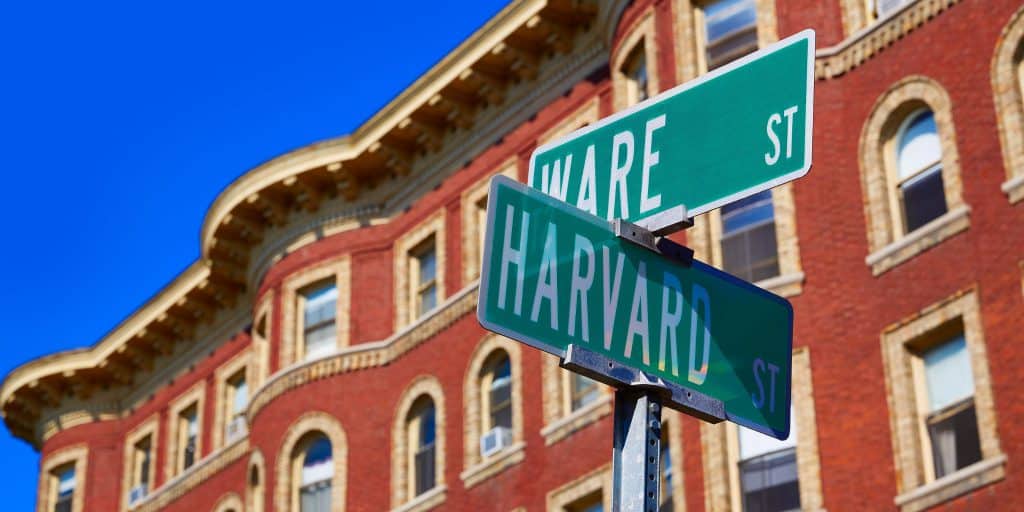 Today, the Ivy League schools are an academic and cultural force in the United States. Traditionally known for social elitism—with student populations usually composed of upper and upper-middle class families, “old money, and privileged New England residents—many schools have adopted extensive diversity, equity, and inclusion initiatives in hopes of diversifying their student population. Harvard has historically been the school with the lowest acceptance rate, currently at 4.9% admittance. On the opposite end of the spectrum, Cornell has the highest acceptance rate on the list of Ivy League schools at10.9%, earning the reputation as the easiest Ivy League to get into. However, this is due not to a lack of rigor in the admissions process but to the fact that Cornell is a significantly larger school than most of the other Ivy Leagues and therefore has the ability to accept more applicants.

The Ivy Leagues are known for producing significant “movers and shakers” on the world stage. Of the 45 presidents of the United States, 16 graduated from an Ivy League institution. These elite schools have produced many hundreds of Nobel Prize laureates with Princeton, Harvard, and Columbia having produced the majority of laureates. Many Ivy League universities focus heavily on research and are to thank for scientific discoveries that have changed the world. The X-ray, the smallpox vaccine, the FM radio, the laser, and many others were born out of extensive research and development by Ivy League schools. This is to not even mention the many hundreds of understated, humble advancements in medical and scientific techniques, practices, and procedures that were developed at these schools, and which have paved the way for generations of scientists.

All in all, the Ivy League today is one of the most highly respected, competitive associations of schools in the entire world. Many Ivy League schools consistently rank as top schools in the world, and their acceptance rates are some of the lowest in the country. From humble beginnings during Colonial times, the Ivy League universities have grown and matured alongside the United States. Though they may be intimidating to prospective students, to the accepted student they provide a uniquely rigorous value proposition: to stand on the path of many great thinkers, politicians, artists, and scientists from generations before, and to be trained to join their ranks. 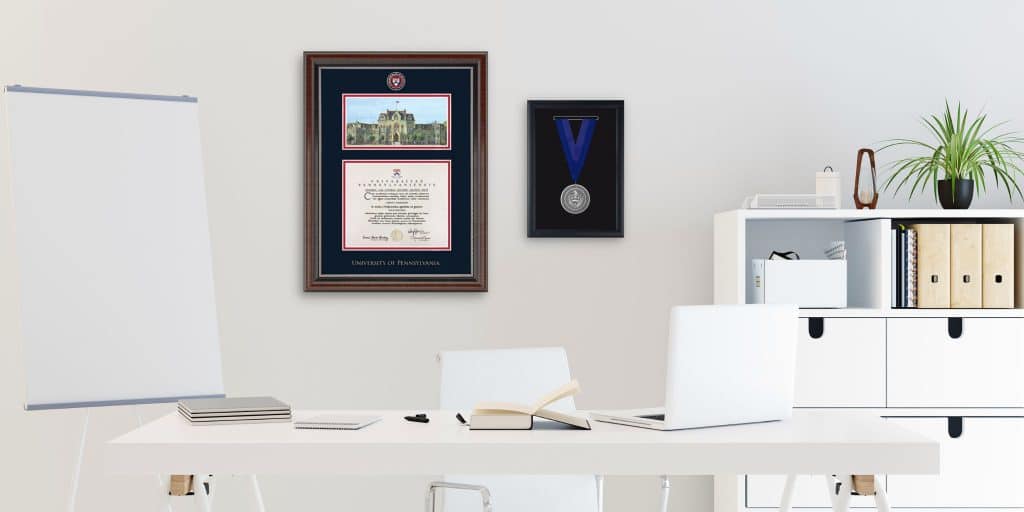 Though this article may be disappointing to any college wondering how to become an Ivy League school, we hope it has shed some light on the Ivy League’s many distinctive qualities. This collection of universities is truly part of the United State’s heritage and has helped define the nation through the centuries. If you’ve recently graduated from one of these honored schools, or have a loved one who has—congratulations! The academic rigor of these institutions is world-renowned. To commemorate all the hard work of earning a degree or certificate, consider our handsome collection of custom frames. We offer many customization options, including engravings and officially licensed medallions of your school. Whether it’s from Harvard, Yale, or Columbia, start framing your diploma today! 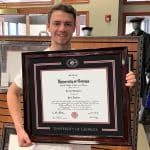 What's The Best Ivy League University in Terms of Athletics? 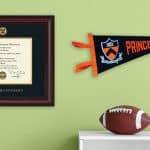 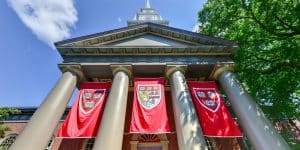 What Are the Top 10 Universities in the USA? 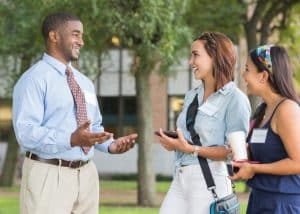 What to Look for in a College Checklist 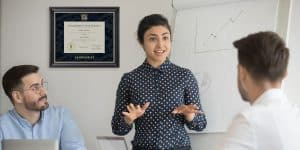 How to Develop Leadership Skills in College