Is the US Army Achievement Medal a Big Deal?

The United States has a long-standing practice of honoring the bravery exhibited by its soldiers, sailors, airmen, and marines. The Continental Congress began the tradition of awarding medals to recognize and display appreciation for distinguished military service, with the Badge of Military Merit (known today as the Purple Heart) being the first ever. George Washington created this military decoration in 1782 during the American Revolution to “foster and encourage every species of Military merit.”

To this day, the tradition remains sacred across all branches of the United States Armed Forces, with certain medals specific to each issuing branch, and others that can be bestowed across all. The number of different medals has also since multiplied, now amounting to more than 50, and there are types to indicate service in a specific conflict, like the Global War on Terror, as well as types that honor individual service. There are even medals issued to entire units, such as the Presidential Unit Citation. Each medal is distinct, differing in terms of what it means, how it’s earned, who issues it, and where it ranks in prominence and prestige.

Whether it be for actions during peacetime or war, in defense of civilians or one’s unit, or for actions in direct combat or out, earning a medal is an immensely significant achievement for any soldier. One such military medal officers can hope to earn while beginning their careers is the Achievement Medal. Each military branch issues its own unique version of the Achievement Medal and, for joint activity among more than one branch of the military, the United States Department of Defense also authorizes a fifth version. Because junior officers are capable of great things too, the Achievement Medal was introduced as an alternative accolade to offer recognition to the outstanding achievements or meritorious service of enlisted personnel who sat below the rank of colonel and were thus ineligible to receive the Commendation Medal or the Meritorious Service Medal. 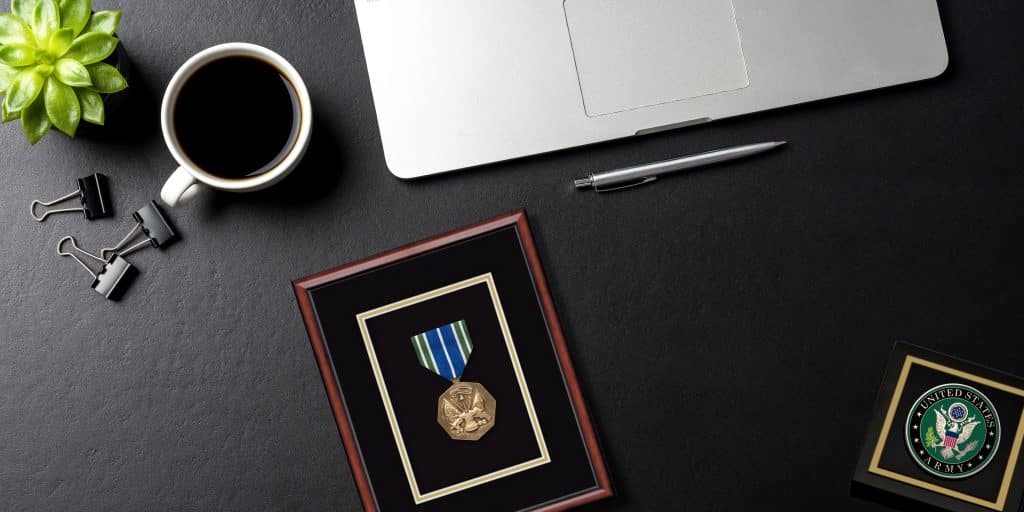 On August 19, 1994, the title of the decoration was lengthened to the “Navy and Marine Corps Achievement Medal,” to recognize recipients who belonged to the United States Marine Corps. Despite this, the award is still often referred to as the “NAM,” for short.

How Do You Get the Army Achievement Medal?

When it was first established in August 1981, the medal was designated specifically for meritorious service or achievement demonstrated in a non-combat setting. The Army was the only branch to award such a medal exclusively for non-combat performance. In September 2001, however, this limitation was lifted and the Army Achievement Medal became eligible for award in a combat area. Since this change was put into effect, more than 60,000 service members have been awarded Army Achievement Medals while serving in theaters of operations like Iraq and Afghanistan.

Similarly, whereas the Navy and Marine Corps Achievement Medal was originally designated for outstanding non-combat leadership and professional achievements, the medal can now be bestowed for valorous acts displayed in combat as well. 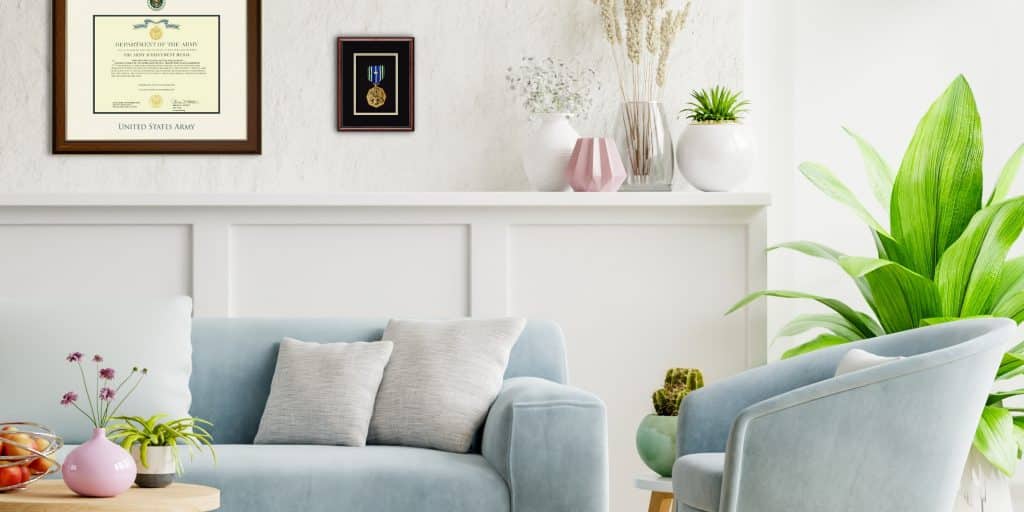 Currently, awarding authority belongs to local commanders in the rank of Lieutenant Colonel and above. Over the years, however, award authority has varied drastically across branches. Until 2002, all nominations for the Achievement Medal within the Navy and Marine Corps had to be submitted to the Commodore or Air Wing Commander or the first appropriate O-6, or Colonel, in the chain of command for approval. After the O-6 signed and returned the award, it would be presented to the nominated crew member. This restriction meant a NAM could not be approved by the commanding officers of ships, submarines, aviation squadrons, or shore activities who held the O-5 rank of Commander. Accordingly, a disproportionately lower number of these Achievement Medals were awarded in the Navy and Marine Corps than in the Army and Air Force.

To rectify this obstacle, the commanding officers of aviation squadrons and ships were granted the authority to award Achievement Medals without submission to a higher-up and have enjoyed this right since 2002. Conversely, in the Army, battalion commanders or the first O-5 in a soldier’s chain of command are the approving authority. 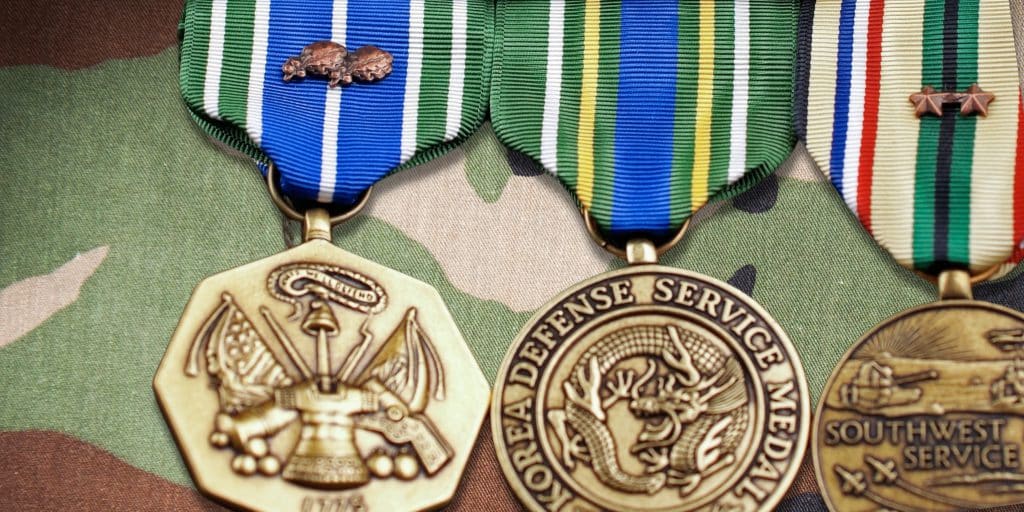 What Is the Order of Precedence?

What Is the Army Achievement Medal Design?

Made of bronze and octagonal in shape, the Army Achievement Medal was designed by Jay Morris and sculpted by Donald Borja, both from the Army’s Institute of Heraldry. Its octagonal shape was adopted to distinguish it from other decorations.

The face of the medal is adapted from the official Army Seal, containing the Department of the Army emblem. This design features weaponry, flags, and a scroll that reads “this we’ll defend,” with the date “1775”—the year the Army was formed by the Continental Congress after the outbreak of the American Revolution—stamped at the bottom.

On the reverse side, the words “for military achievement” are spelled out in all caps across three lines and centered above two laurel leaves, which symbolize triumph and victory. Between the two sits a blank space for an inscription, where the recipient’s name is to be carved.

The moire ribbon consists of a large central stripe of dark blue, which is bisected in the center by a thin white vertical stripe. On either side, the central blue stripe is bordered by white, green, white, and finally edged in green. This unique service ribbon can be worn on the recipient’s ribbon rack even when the full medal is not.

In addition to the medal itself, each award will come with an accompanying citation which will detail the outstanding actions that were displayed to warrant the distinction. The recipient will also earn ten promotion points for each Army Achievement Medal won. 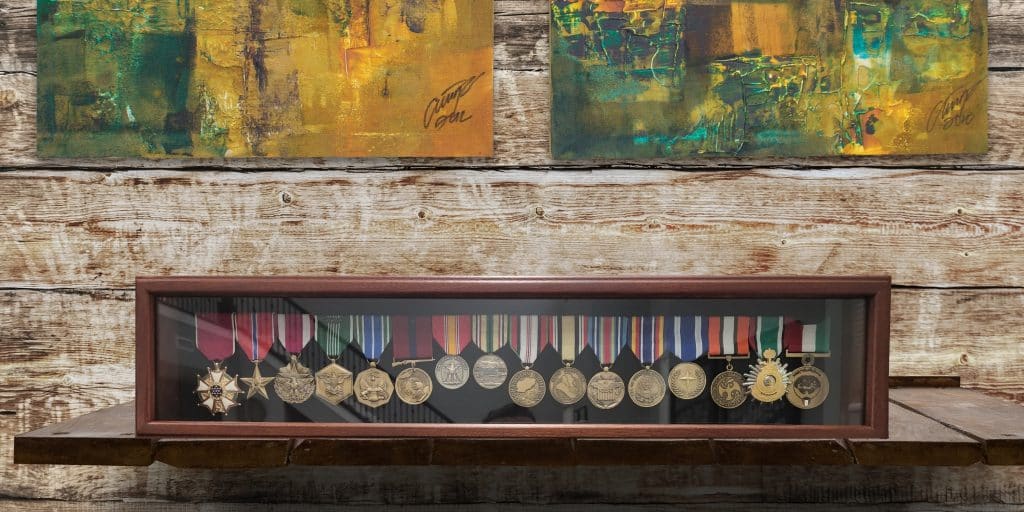 Framing Your Army Medal of Achievement

If you’ve received the Army Achievement Medal, you might be wondering what to do with it when it’s not pinned to your uniform. Rather than burying it in a closet or tucking it away in storage, show it off! The Achievement Medal should be preserved with care and stored inside a shadow box for safekeeping. Our Army Medal Shadow Box is the perfect Army Achievement Medal frame—a true investment piece that hangs beautifully on any wall. Designed to protect your medal without compromising style, the shadow box has black and gold museum-quality matting that houses the Achievement Medal within a deep-profile cherry frame.

If you’re wondering whether you should display your Army Achievement Medal vs. Army Commendation Medal or own an Army Achievement Medal set, frame each one! Let’s say you earned 5 Army Achievement Medals or multiple ribbons and medals and are looking to showcase them together, our large Military Shadow Box was designed just for that purpose. A stunning centerpiece for both your home and office, the box features a glass-front hinged lid that will beautifully spotlight your accolades while also keeping them safe from dust and debris.

Earning a medal, whether it be in the Army, Navy, Air Force, Marines, or Coast Guard, is a momentous occasion for a soldier. More than mere bling, a medal pinned to your uniform is a symbol of your service to your country—of your devotion to your country and its devotion back to you. The Achievement Medal is especially emblematic of this and offers recognition to the valiant contributions of junior officers which can sometimes be too easily overlooked. 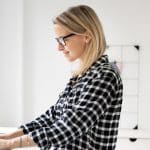 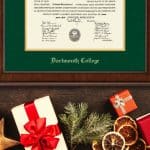 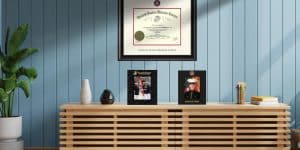 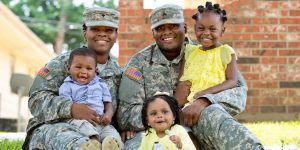 How to Celebrate Military Appreciation Month 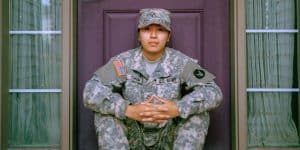 Should I Join the Military After High School?