For Northeastern University, it’s Lux, Veritas, Virtus (“Light, Truth, Courage”). At University of Oregon, it’s Mens Agitat Molem (“Minds Move Mountains”). And Salem College’s motto? “Reach Within, Shape the Future.” The aim of this short, inspirational expression is to encapsulate a school’s guiding principles or educational mission. Most often these time-honored phrases are in Latin or English. 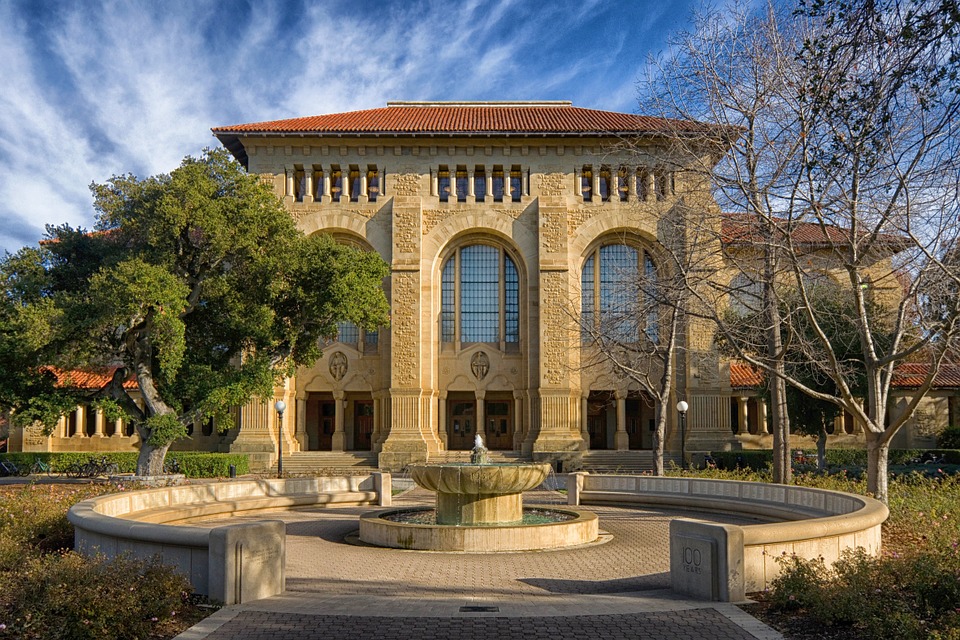 California’s Stanford University, a leading teaching and research university, is an American college that breaks from the norm with its German motto, Die Luft der Freiheit weht. In English, the phrase means “the wind of freedom blows.” Among other meanings, the motto celebrates the academic freedom and far-reaching benefits of a liberal arts education. The university seal features the German phrase along with an image of El Palo Alto, the historic redwood tree that’s more than a thousand years old. 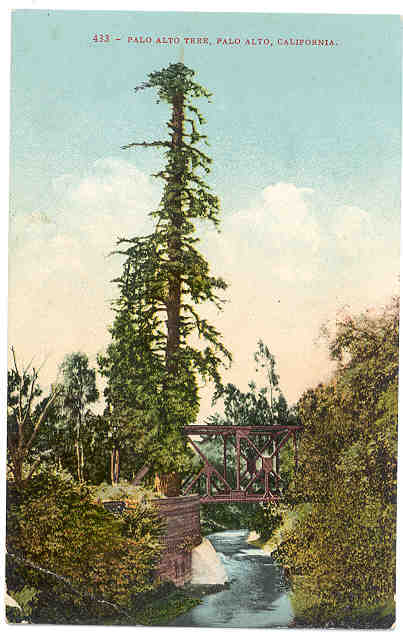 The Origins of Stanford’s Motto

Just how did Stanford decide on a German motto? Apparently, the school has been puzzled by this very issue. The motto is a quote from Ulrich von Hutten, a 16th-century German poet, scholar, and humanist. It’s believed that the quote was translated to German from the Latin phrase, videtis illam spirare libertatis auram. David Starr Jordan, who served as Stanford’s first president from 1891 until 1913, adopted the quote for the president’s seal. 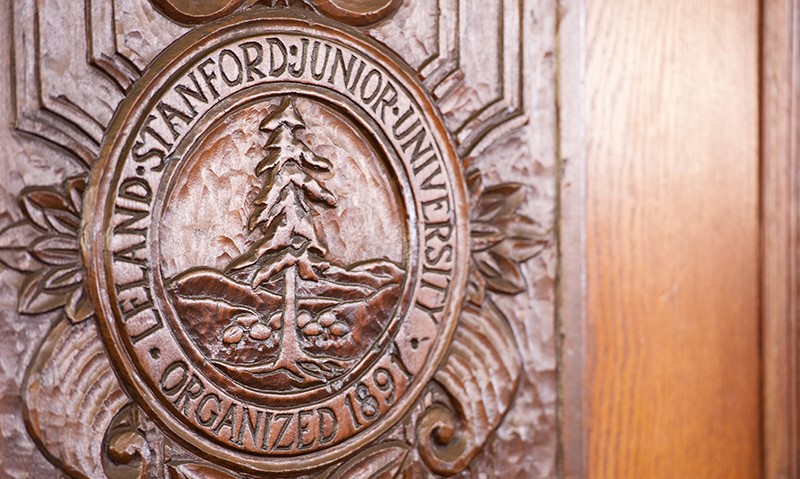 What’s interesting to note is that Die Luft der Freiheit weht wasn’t considered the school’s official motto. There were a number of seals used for different academic purposes; all of them featured the central image of El Palo Alto, but some used the German motto, others did not. For instance, a seal for the Board of the Trustees paid homage to the redwood tree (Sequoia sempervirens) with the Latin motto, Semper Virens, meaning “ever greening” or “staying forever young and vital.” And, the Registrar’s seal, which appeared on school transcripts and degrees, had no motto at all.

Due to the spike of anti-German sentiment in America during World War I, there were those at Stanford who wanted to distance themselves from the German phrase and make it clear that it was not the school’s official motto. In May 1918, the Daily Palo Alto reported on the controversy, noting that “unofficially, a motto in German has sometimes been used at Stanford, but Acting President C. D. Marx said…that it never was adopted by the trustees, that it appears nowhere on official University stationery or documents, and whatever use may have been made of it at any time has not received the sanction of the Board of Trustees or of the Academic Council of the faculty.”

Embracing the “Wind of Freedom”

The German motto was brought to the forefront when Gerhard Casper was president of Stanford from 1992 to 2000. He adopted the motto as the theme of his inaugural address and encouraged its widespread use across the campus. “Teaching, learning and research do not benefit from stagnant air but from fresh winds blowing,” said Casper. “There can be no fresh wind without highest quality research.”

While the motto appeared on and off the seal from 1920 until 2002, Stanford debuted a new school seal featuring the German motto in August 2002. It’s currently used on the school’s diploma frames. Although the seal itself is official, Stanford University’s current website still refers to Die Luft der Freiheit weht as the school’s “unofficial motto.” 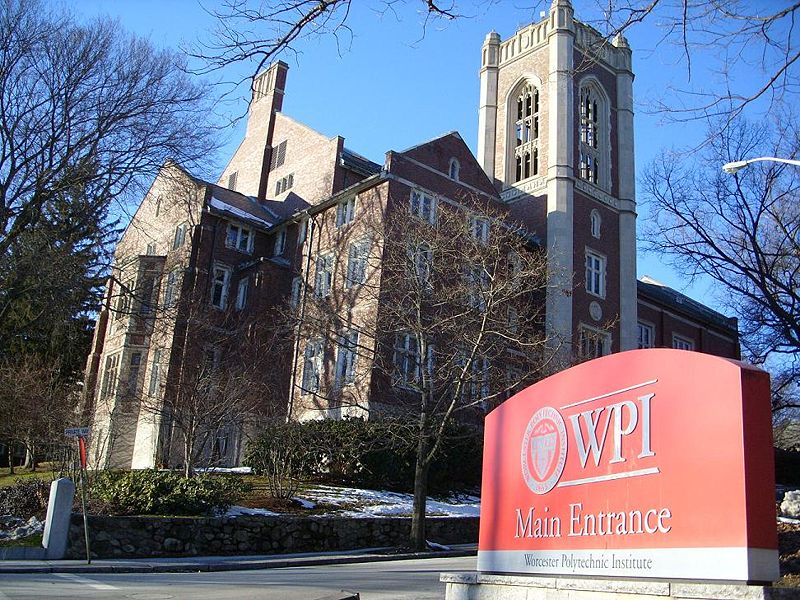 Armed with an Idea

Worcester Polytechnic Institute (WPI),a renowned engineering and research university located in Massachusetts, is another institution with a German motto. Lehr und Kunst has been translated as “Theory and Practice” or “Learning and Skilled Art.” The school was founded in 1865 “to create and convey the latest science and engineering knowledge in ways that are most beneficial to society,” according to the school’s website. As its motto suggests, students are encouraged to put the theories they learn in practice for a greater good. “WPI graduates emerge ready to take on critical challenges in science and technology, knowing how their work can impact society and improve the quality of life.”

It took three years from the time the Worcester Polytechnic Institute was established to have its own school seal, which is still in use today. On June 9, 1888, the Board of Trustees approved a design by Professor Alonzo S. Kimball, head of the Physics Department. His translation of the seal’s motto, Lehr und Kunst, was “Learning and Skilled Art.” In the 1880s, German had replaced Latin as the dominant language of science and engineering. It was also around this time that Germany was emerging as the pioneer of pharmaceutical chemistry. As a school on the cutting edge of science and engineering, a German motto for WPI was a no-brainer.

The symbols used on the official school seal really speak to the German motto’s other translation, “Theory and Practice.” The two open books represent the scientific theories being taught at WPI, while the arm holding a hammer depicts those theories in action through the school’s ironworking and woodworking apprenticeships, which were supervised by WPI’s co-founder, Ichabod Washburn. Today, hands-on “practice” is still carried out in Washburn Shops, the oldest building in the United States still used for engineering education. In fact, on the top of the Washburn Shops’ tower is a gold weathervane featuring the distinctive arm and hammer from the seal. Positioned at the bottom of the shield is the heart and wreath from the city seal of Worcester, the “heart of the Commonwealth.” And, above the shield is the Lehr und Kunst banner.

There is a superstition related to the WPI seal that’s located in the center of the Quad on Centennial Walkway. Rumor has it that if you step on the seal, you won’t graduate on time!

While quite unusual and sometimes controversial, these German college mottos are certainly in alignment with their schools’ founding commitments and have endured the test of time. Both appearing on their school seals for more than a century, they’ve certainly shown their permanence. What a great tribute to these German mottos and to their institutions!